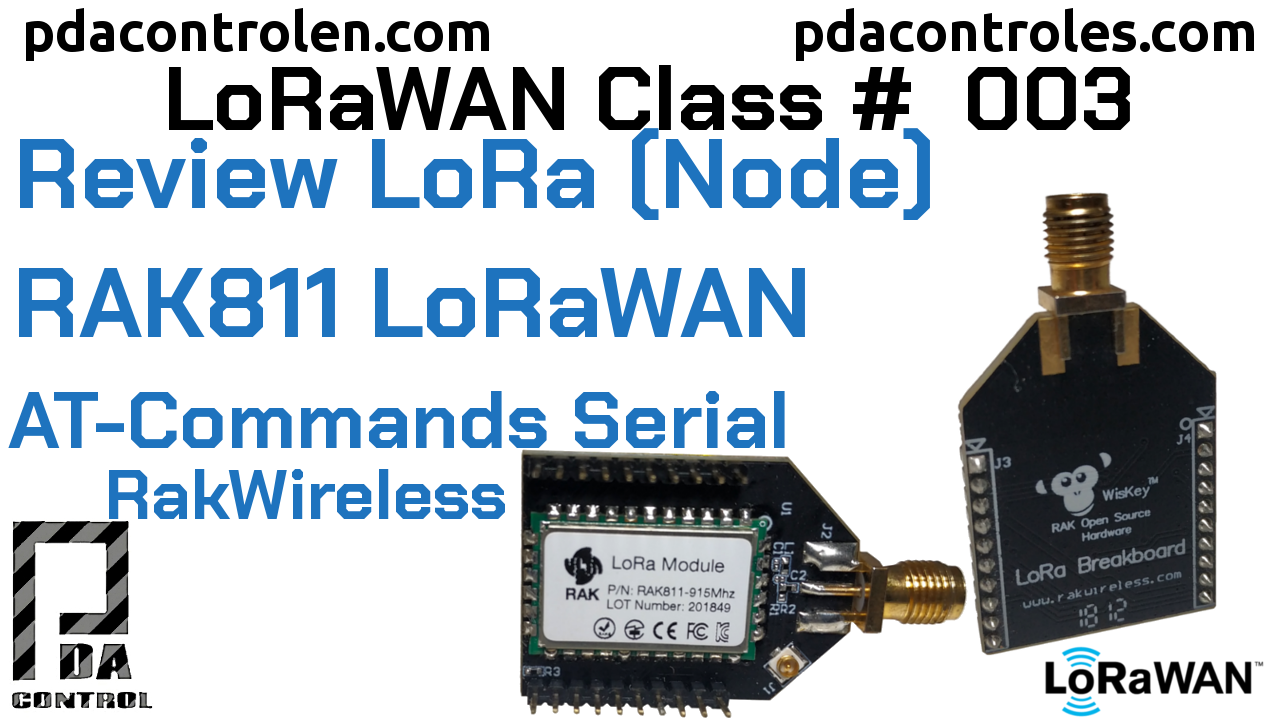 Some time ago, in previous tutorials we have already determined some factors to choose the appropriate gateway (gateway LoRaWAN) for your LoRaWAN application, this tutorial was created gathering considerations before starting, with considerations scopes and concepts about LoRaWAN.

Based on these considerations, a robust, powerful and functional gateway or gateway has been assembled according to our needs, a RAK833-SPI / USB Multichannel Gateway was chosen, a perfect LoRaWAN hub module for those who wish to start LoRaWAN.

There are a large number of LoRaWAN nodes which can be sensors or actuators, both professional, semi-professional and manufactured by ourselves or DIY, On this occasion I present the RAK811 LoRaWAN node by RAKWireless .

The LoRaWAN protocol is complex and there are no stable or updated libraries up to the current standard, many implementations for Arduino based on Lmi-c are basic, for initial or basic tests they worked relatively well.

We have previously performed tests with modules such as RFM95/96 for the creation of LoRaWAN nodes but in comparison to RAK811, they have a higher cost, but require little time for implementation or programming is a great benefit.

In the case of more complex applications, we chose LoRaWAN RAK811 nodes of RAKWireless, which already work technically alone and I guarantee you have to fight with native LoRaWAN libraries.

Materials and where to Buy In next tutorials we will make the full explanation of this test:

Note: In next tutorials I will indicate how to manufacture the “tusistemita” assembly system.

We have previously configured our gateway and installed LoRaserver or (Chirpstack).

The ESP32 module through AT commands configures the RAK811 node.

To perform Join in a LoRaWAN network, the following command is sent via serial.

If you want to implement a LoRaWAN network and not waste time or money, I recommend considering using these RAK811 nodes.

There are a variety of libraries, Arduino such as Lmi-c, which for quick tests work, but they are not complete implementations.

These RAK811 nodes with an AT command send and few steps allow two-way communication between LoRaWAN servers, without complications.

In comparing the RFM95/96, the RAK811 are more complete, they are more expensive but this is reflected in their little requirement to configure, technically they are plug and play, serial compatible with any microcontroller.

Another possibility of these modules is to update the firmware and explore other new features proposed by RAKWireless.

Thanks again for being in PDAControl, regards.