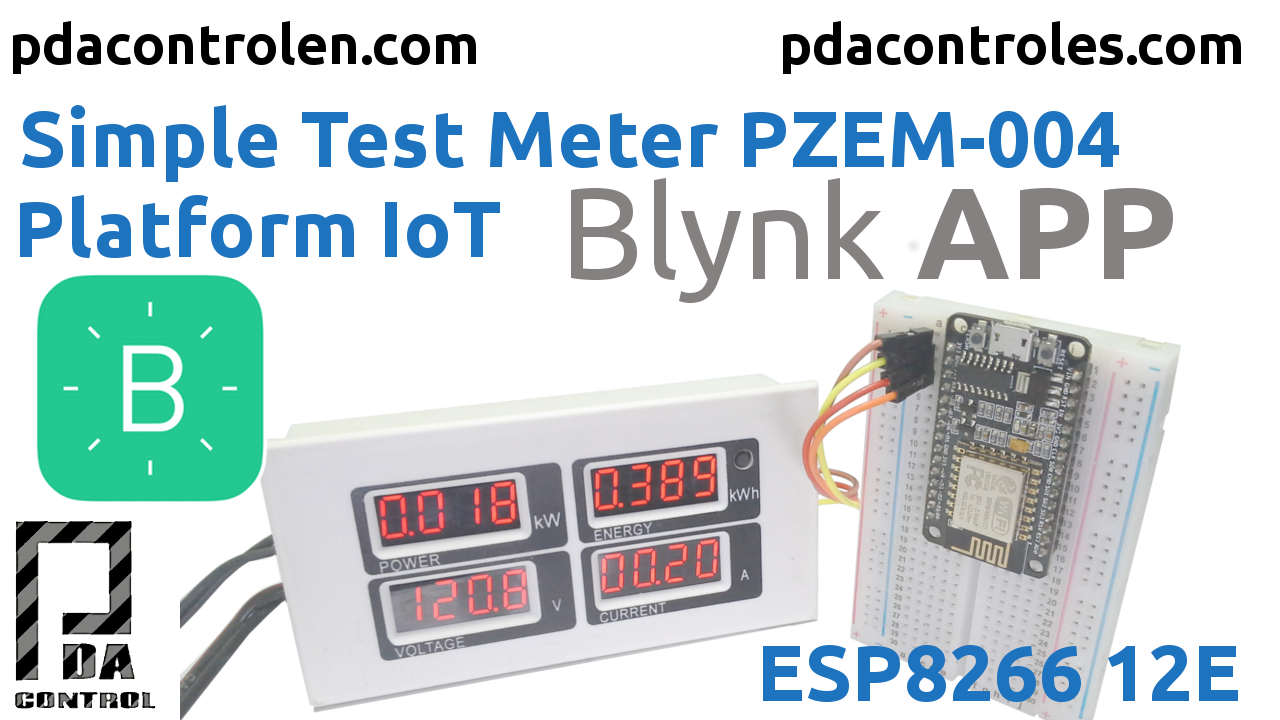 In this opportunity we will integrate our active power meter or electric consumption, Peacefair Pzem-004 with the IoT Blynk app platform available in Android & iOS apps stores using an ESP8266 module, later we will create a dashboard to visualize the 4 available variables as active power, accumulated electrical consumption, voltage and current.

If you want to know more about Blynk I recommend the following tutorial:

We will measure the electrical consumption of a resistor to heat water, consume approximately 870 Watts and visualize the measurements in a dashboard.

Initially it is required to download the App to our device: 5 variables have been defined:

For the sending to the Blynk platform, 8 virtual writing variables have been created, and the data is sent every 10 seconds. When creating the project in the App Blynk automatically generates the connection TOKEN for the  arduino IDE code, the TOKEN is automatically sent to the email with which they were previously registered in the Blynk platform.

Keep in mind that the creation of Widgets in blynk works with something called “Energy” or energy units, initially you have 2000 units, you must take into account the cost of each widget created, the value is below namethe example Button $ 200. The application worked excellent without any problem, as long as the correct reading of the meter is guaranteed, the visualization in Blynk will not be affected

In general there was no major complication, this is only a basic test, in future integrations with Blynk derived from this project we could perform:

Note: If you plan to make a complete or permanent connection application with Blynk you should consider the general questions and terms attached.