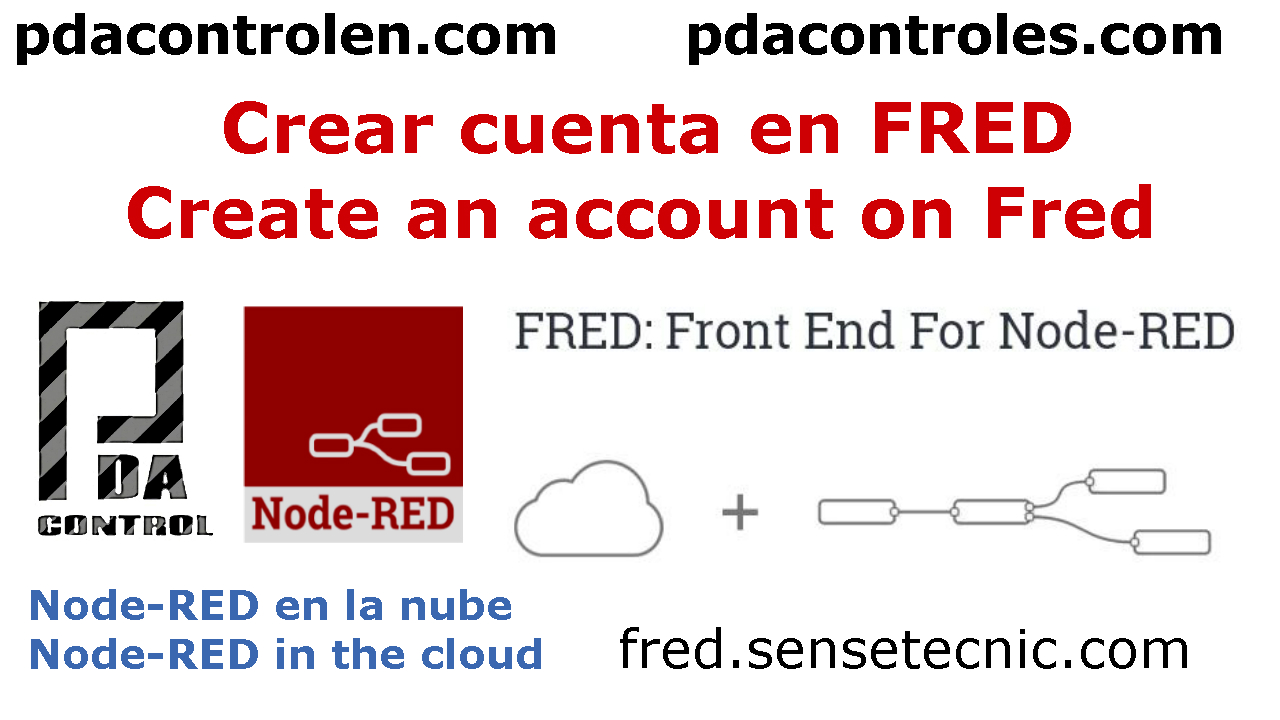 In previous tutorials we have tested with the Node-RED platform a visual wiring tool or connection of technologies applications devices and gadgets created by IBM much used for the Internet of things and this time we will try it in FRED.

In previous tests Node-RED was installed locally in my case a server with Lubuntu (Ubuntu) Linux 32bits, many people install it on Raspberry pi or MacOS, Windows among other OS.

A long time ago I wanted to test with this platform called FRED or Front-end (inteface) for the Node-RED for having Node-RED in the Cloud, it has 2 applications FRED and server Broker MQTT.

By default the account brings a demo for tests, in my case I delete it, FRED has a great variety of nodes that usually have no  Node-RED. 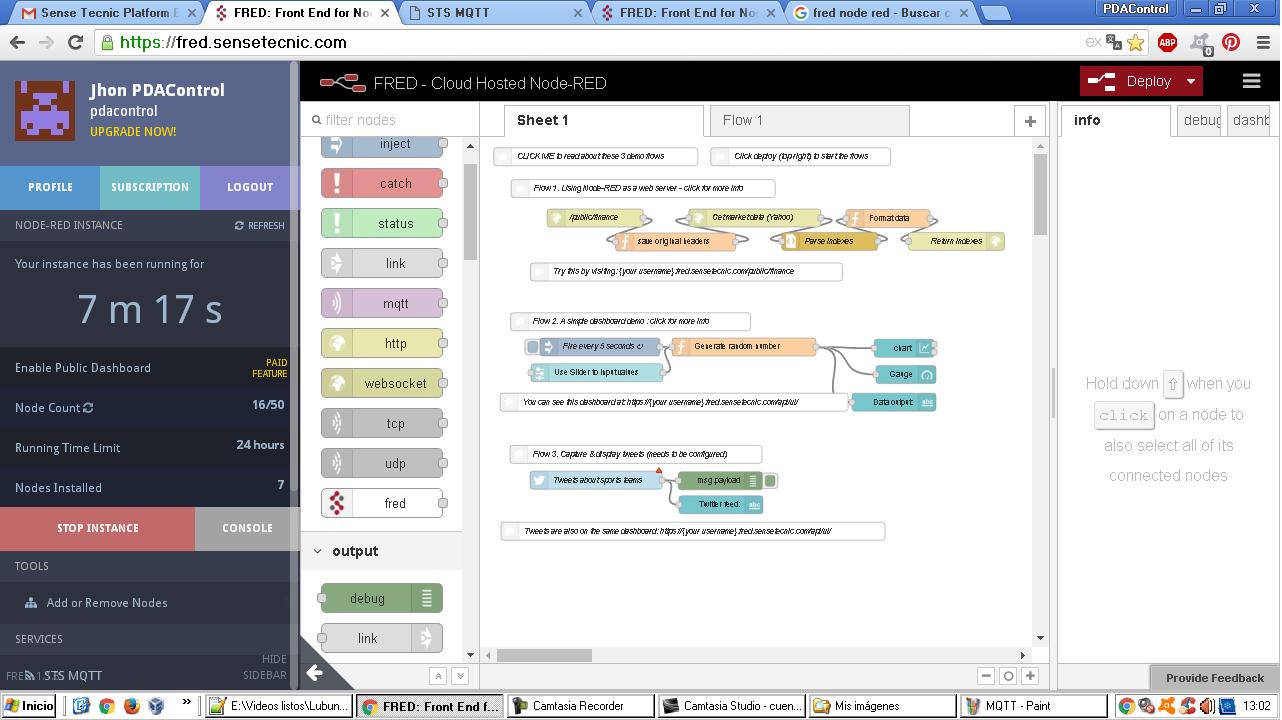 Dashboard Server Broker MQTT and client MQTT, I have not yet started conclusive tests. 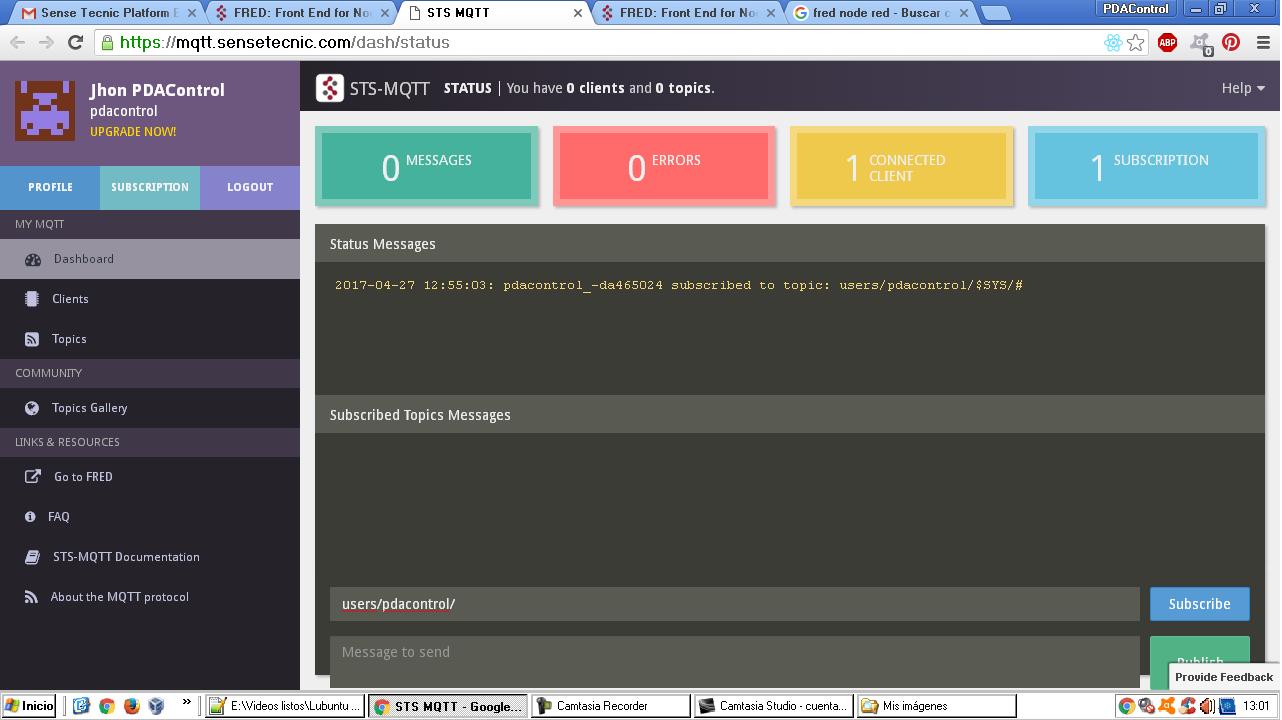 In the following tutorials we will create a limited free account and perform some tests and then we will connect an ESP8266 Module via MQTT.

We will test FRED promptly, and configure other public MQTT brokers.

The free account is a great way to test FRED, ie the Node-RED cloud, but is limited by resources and will only last 24 hours after the session ends. Payment accounts are for users who need a real service that runs 24/7, has support and has much larger resource limits. Payment accounts also have access to an integrated MQTT service that makes it very easy to build IO applications.

FRED is a perfect option for Node-RED testing without having to install the software locally.

FRED in addition to having Node-RED contains Node-RED Dashboard.

In future tests We will integrate with some MQTT Public Brokers, to create a true IoT or M2M application.