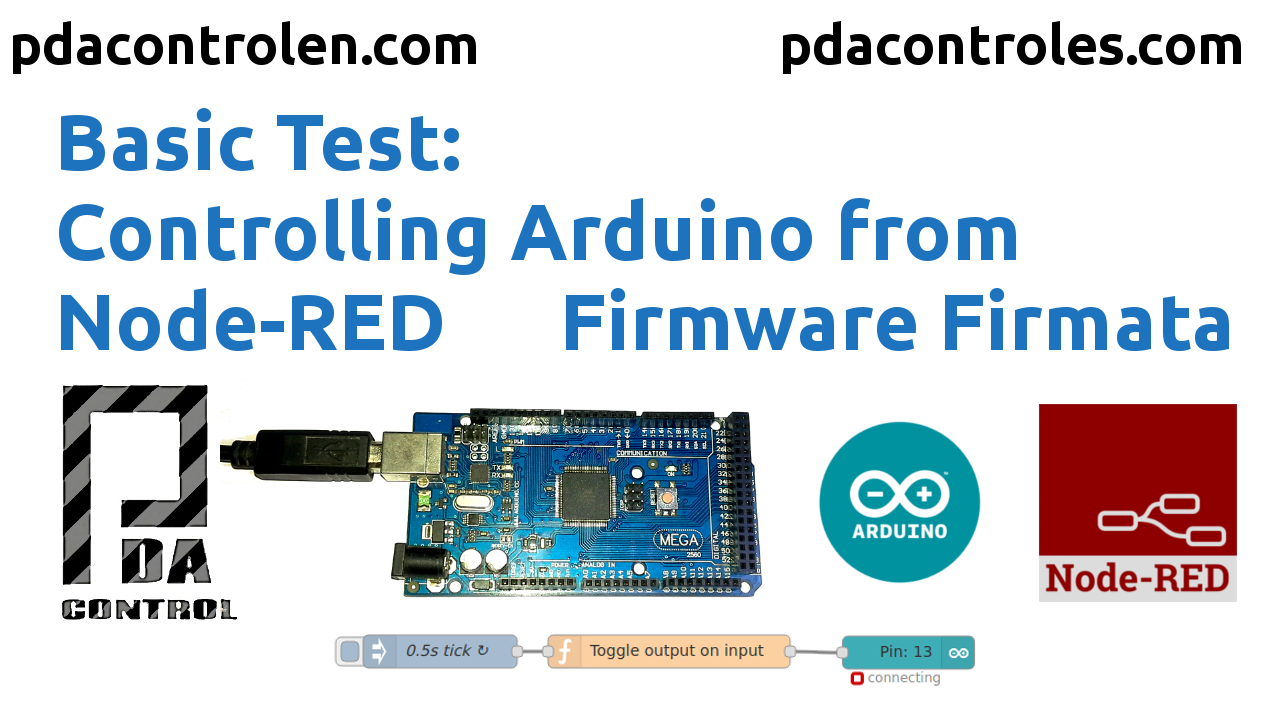 Also in one of the comments does anyone consult if there is a more practical way to control from Arduino and Node-RED? I’ve decided to do a tutorial to take this solution into account.

In my case I have installed Node-RED on my pc with lubuntu, in other applications can be installed on a Raspberry pi, although you must take into account the speed and performance in case of very complex applications.

In case of being a Windows user, I recommend installing Virtualbox and creating a virtual machine with Linux (Lubuntu) or Ubuntu or Debian.
Recommended Tutorial:

From Node-RED from the node palette we can directly install the Arduino nodes, and in the example we will copy the basic blink example in the arduino GPIO 13. 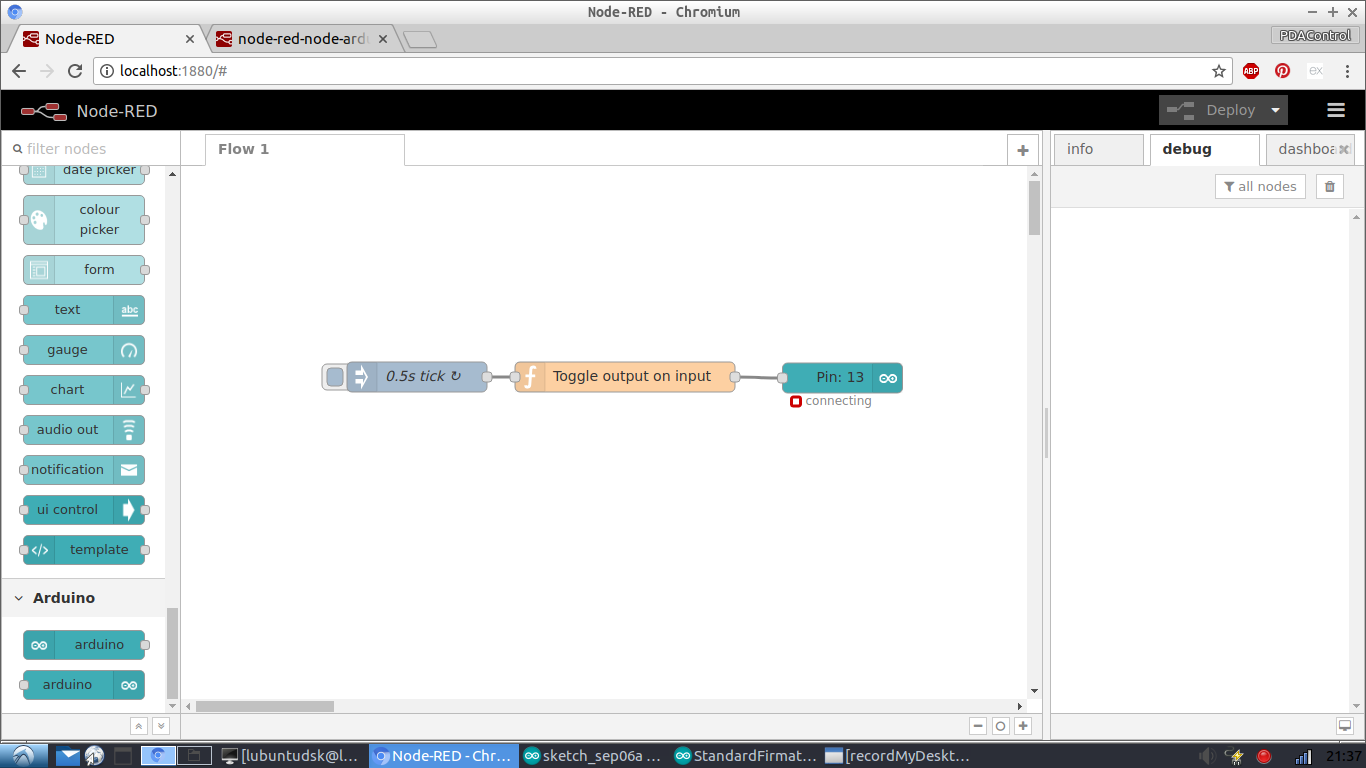 This code technically is a very fast protocol that directs the control of GPIO, ADC, PWM and handling of Strings through the serial port, there are several versions of the firmware but we will use StandardFirmata included in the sample libraries. 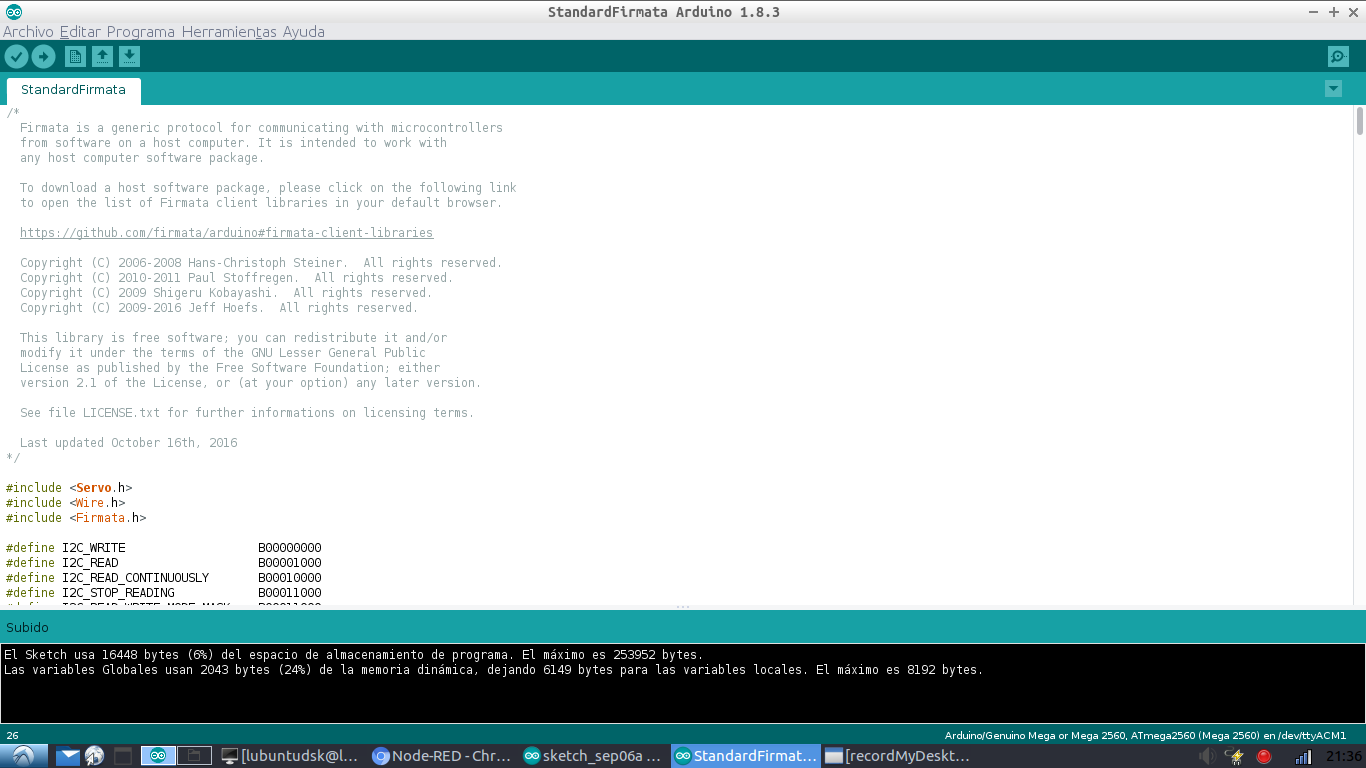 A timely solution for simple applications that allow the blade to be connected directly to the PC.

The great disadvantage in general of the controls made from an external platform, without executing code properly on the board, is the safety or autonomy in case of disconnection in this case, disconnection of Node-RED, but guaranteeing a robust hardware should not be feared.