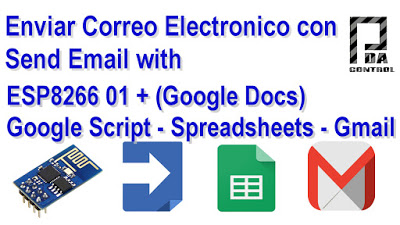 Reusing the connection is established with google  script app google and  google spreadsheets, they have conducted tests of electronic mail sent availing the services of google. In this case the ESP8266 sends a series of parameters to google Script Email Address, Subject, Message via the url,
operation is both simple and I think that is simply an option to send any eventuality from your gmail account without much complication.
Simply a secure connection with Google script is done and sends a Post with the parameters required
There is another way to send e-mails and tutorials future roadmap send emails via SMTP native from ESP8266.
SMTP from Wikipedia.

To understand in detail the mode of operation of the connection between esp8266 and Google App Script first see the following posts, since the Library uses HTTPSRedirect created by Sujay Phadke (electronicsguy) thanks for their contribution to the community ESP,

It should be noted that these services must have a gmail daily limit, both email and Script execution, this note is purely informative. Template Verification, Google script reads cells A2, B2, C2 and D2 There must come from ESP8266 parameters. Initially, the module makes connection to the network, performs verification certificate, Send POST data.
It has created a counter to prevent uncontrolled mails sent when the counter is equal to 10 can make the shipment. 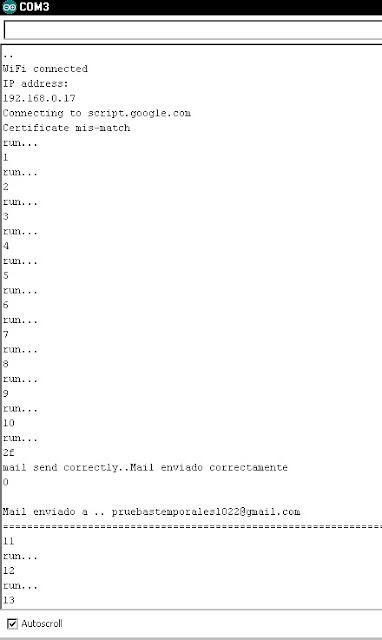 Currently I have only tested emails to gmail, but should work to any mail server.