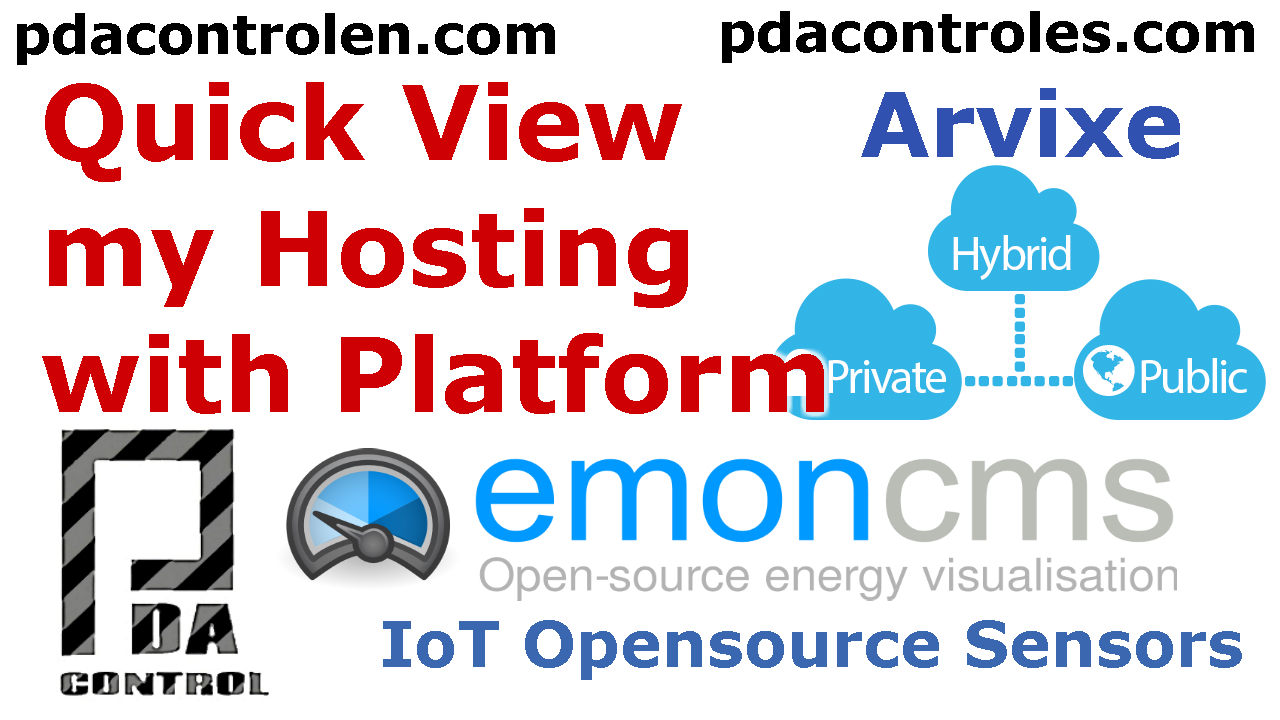 I guess all we have connected a sensor to the Arduino, Raspberry pi and/or ESP8266 or another platform we wanted to see our sensors and bugs from the internet presented a possible solution. We will focus on 2 themes Emoncms OpenEnergyMonitor and  hosting in the Cloud.

About 3 years ago I found the Emoncms platform (Openenergymonitor) an open source project that has created a community, since then I have done a lot of testing.

The sending and request data to this platform is via JSON VIA – url although it also has an MQTT client in php, which I have not yet configured or tested. I have sent and received data to Emoncms from ESP8266, Python (Windows-Linux-MAC-Raspberry pi), and php Javascript Node-RED with no complications.

This platform we consider versatile since it is of easy installation, although it requires to have basic knowledge of mysql and php, we have tried in Raspberry pi, Windows 7, Windows 10, Lubuntu Linux and hosting. This project has advanced to the point of having repositories in docker and versions for servers, in my case use the basic version.

Some years ago we did some tests in a free hosting (Hostinger) emoncms only requires mysql and an “apache” webserver with certain configurations to receive Json.

On this occasion I have acquired a domain and a hosting or personal hosting with arvixe and I have set up Emoncms and made the required configurations.

In most cases we mount the platform on a local server, but in this case I want to see and control from the Internet, we have done tests with many platforms IoT that works perfect no doubt. But I guess we all want our own platform.

Then we will take a walk in my hosting in Arvixe, in its CPANEL contains unlimited number of MySQL Database and Postgres, an FTP file server which contains Emoncms Files (HTML, php, javascript).

Note: Arvixe is one of many companies that offer services of Domain + Hosting + Mail Server among other features, there are other Goodaddy, Hostingator, justHost among many, in my case a friend that I had already tried Arvixe has recommended me for web hosting And so far I have found it good.

If you have had an inconvenience with Arvixe or other hosting I invite you to comment or indicate your experiences.

You must be very careful in the selection of Hosting since some are very named and may not be very good, in this case is an experiment, given that my hosting is personal and possibly not designed for the overwhelming work of receiving data and send From several devices but will document my progress and tests.

Depending on the applications or functionality and features of the hosting will mean the cost $$$, there are dedicated servers in the cloud with windows or linux and have income via .. teamviewer or Logmein but are $$$$$ expensive.

Note: When including Emoncms I must perform exhaustive tests of bandwidth consumption of the hosting, create an interval (time) of sending data that does not saturate the hosting.

These ancient though tests were performed at Emoncms in Lubuntu, Windows and Raspberrry pi, architecture has not changed.

OpenEnergyMonitor was born as an initiative to raise awareness about energy consumption reflected in $$$ and encourage the use of renewable and clean energy (Solar, Eolica, etc.).

Although Emoncms has a server available Emoncms.org I thought to mount my own version of Emoncms that has the following:

Although it should analyze more in detail the pros and cons of paying an IoT platform or mount one in my case.

I guess this is the solution that many we want to have our sensors and view them in network without restrictions.