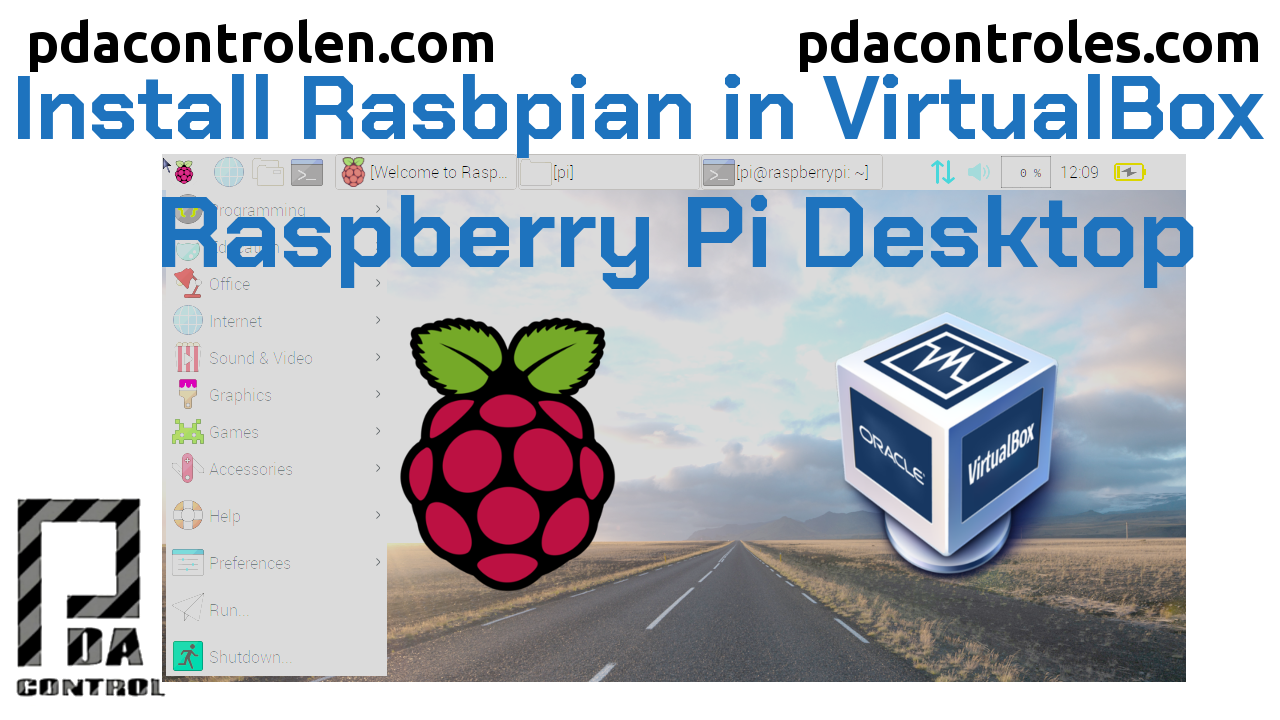 For some years I was in doubt if I could run Raspbian OS, operating system for Raspberry Pi, on a normal computer.

Five years ago there was an option using QEMU, it was the only method to run an operating system designed for ARM processors, at that time my attempts were unsuccessful.

Currently on the official website of Raspberry Pi , there is a ready image which can be downloaded and run (Raspberry Pi Desktop), in my case I will create a small virtual machine in Virtualbox.

I know some will say and for that they raspbian in a PC, in my specific case I want to do tests in something similar to raspbian but I do not have a Raspberry Pi within my reach at this moment.

The first step will be to download the image from: www.raspberrypi.org/downloads/raspberry-pi-desktop/

This image contains, the version with desktop and software for education, programming.

Create a new virtual machine, Virtualbox is available for multiple operating systems and can be downloaded here Virtualbox.org.

In this case we will allocate 512MB of RAM.

We will create a virtual hard disk.

Determine size of hard disk for our operating system, in my case 15 GB.

It will start with the Debian Installation, operating system on which part of Raspbian is based.

The system will start as Debian.

This desktop version has pre-installed software for programming and educational purposes.

This implementation of Raspbian in virtualbox, could be very useful in the following cases: