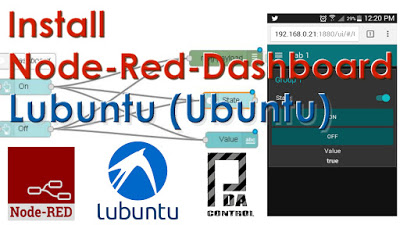 Node red has dashboard to create and view dashboards to interact with the devices in the internet of things.
There was an earlier version call node-red-contrib-ui which was replaced by node-red-dashboard created by Dave Conway-Jones (dceejay) thanks for your great contribution. In this case we will install this add to our Node-red, previously installed  Lubuntu (Ubuntu) in next tutorials integrate devices already used previously as Arduino and ESP8266.

Back to Folder node-red The dashboard tab  to organize our dashboard by tabs  and groups since it does not have a tool own design, but consider this way very practical to design without worrying about compatibility design screens different resolutions on devices like smartphones tablets and  pc. Ready to have fun …