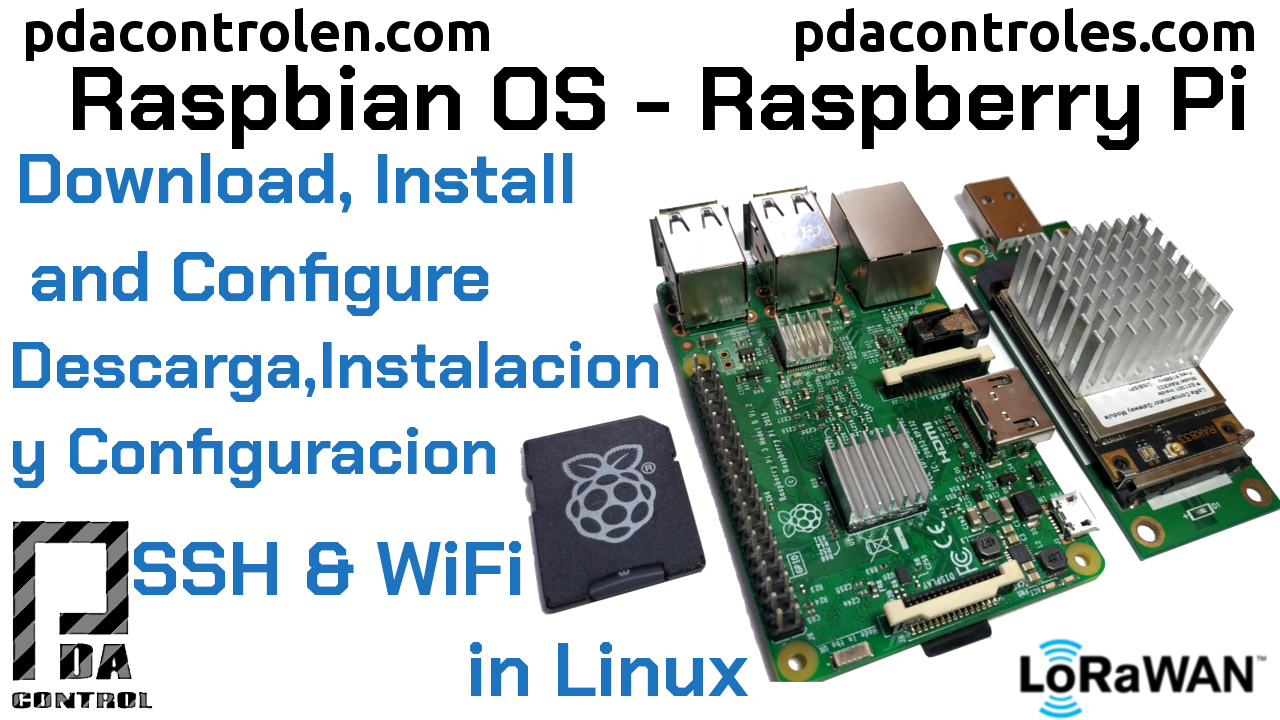 Before continuing with our LoRaWAN tutorials, we had mentioned that we would use a Raspberry Pi in conjunction with our RAKWireless RAK833 to build our LoRaWAN gateway.

Many have tried or used the Raspberry Pi but in this case I will share how to mount Raspbian OS without a desktop and how to configure SSH communication and WIFI credentials.

Advantages of Raspbian OS without Desktop

Usually Raspbian desktop versions are installed, but if you want speed and efficiency on your Raspberry Pi I recommend using the desktop version “Raspbian Buster Lite”. One of the features of using Linux-based operating systems is that technically everything can be done by command terminal, without requiring additional software to be installed.

1. Connect the microSD card directly to our PC.

3. Search for required disk path, in this case microSD

command to mount image, in my case: Since our Raspbian does not use a desktop or will not have a graphical interface through an SSH client, we will have access directly to the command terminal of our Raspberry Pi, and in this way we will carry out the installation and configuration of applications.

Enter the microSD boot, which contains the bootable raspbian.

Create a file without extension and call it ssh.

With the ssh file created, with any ssh client we can enter our Raspberry Pi.

I suppose that some people have had problems configuring the Wifi on the Raspberry Pi, in the case of the version without Desktop, of course the version with desktop facilitates it, to solve this inconvenience forever I will indicate the process.

In the case of linux it allows to see 2 partitions in our MicroSD, boot and rootfs.

rootfs contains the file system of our Raspberry Pi, in this is the Wifi credentials configuration file.

From the Linux command terminal (Ubuntu), we enter the path:

The default file that we will see is like this:

edit and add the following:

We’ll have something like that, add your network credentials and that’s it. For a long time I wanted to do this tutorial, initially I considered that there are millions of tutorials on mounting Raspbian on Raspberry Pi, unfortunately none or few were Raspbian without a desk, nor did they indicate how to configure easy SSH or Wifi.

The purpose of this tutorial is that they can mount their Raspberry Pi in a more efficient way, the desktop or graphics consume most of the resources. In my case the applications will be Web is excellent, to mount databases, Mysql, Influxdb, also Grafana, or Node-RED.

Although in next tutorials we will assemble LoraServer to continue with our LoRaWAN integration.

In next tutorials we will install Raspbian without a desktop with the help of a Windows operating system.